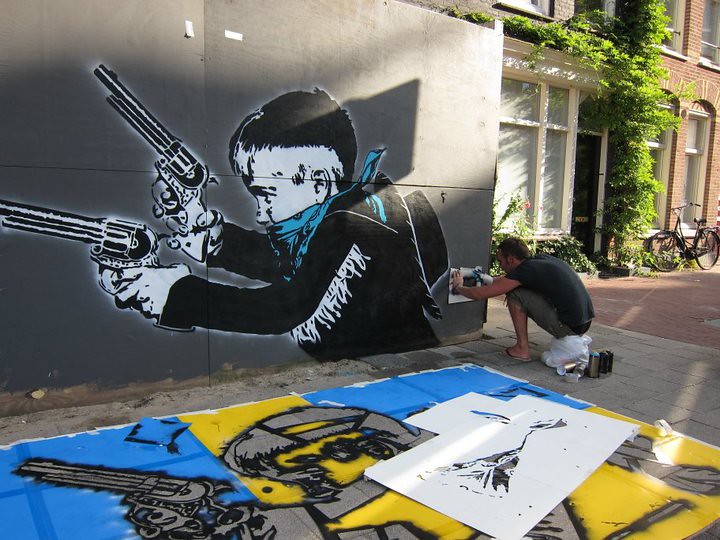 What many may see as a true representation of an artist is the ability to invoke emotion with a piece. Often, the relation goes both ways and the art itself is created as a result of sentiment, forming a dialog between the artist and the viewer through the narrative of the art piece. Such is the case with the Amsterdam-based artist going under the pseudonym of FAKE, largely inspired by the events, objects, and relationships that left a mark on him in the past. With a practice revolving around leaving an impression on the public, his works comprised largely of stencils can be seen both on the streets and within gallery walls.

Born to the environment of Amsterdam in 1980, the Dutch artist has been expressing himself artistically for more than half of his life. Finding the open space and freedom of street art to suit him, he’s made his first artwork in a schoolyard, and he remembers it well even today. Ever since, he’s decorated the walls of numerous countries across the world, including United Kingdom, France, the Netherlands, Sweden, Indonesia, Thailand, and Belgium, among others. Although he has used different approaches, and is still looking to reveal his sculptural work, his foremost focus and a signature way of communication are stencils. Discovering just how powerful the stencils can be, FAKE never stopped using the medium, portraying various humorous, ironic scenes. Moving his practice inside the gallery walls, his pieces have received brightly colored backgrounds, providing yet another layer to the story. 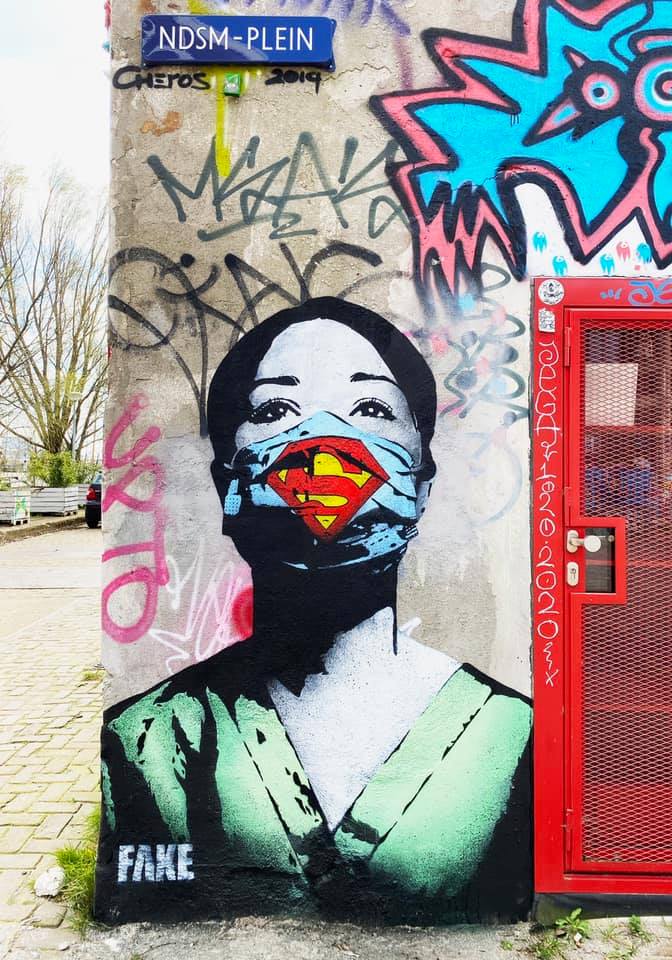 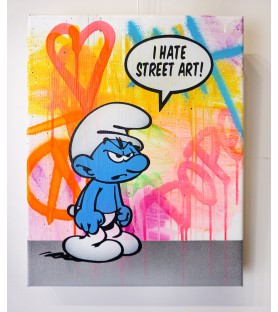 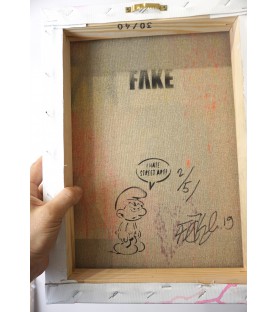 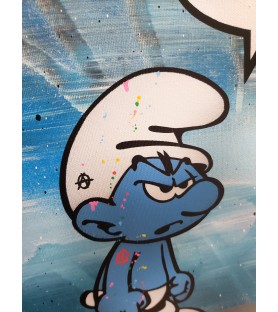 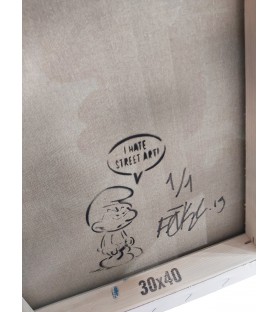 signed on side and back by the artist