Street artist from Tarbiz- Iran, Ill has been active since 2012 painting the walls with his stencils in different cities in Iran. His paintings mostly include subjects such as censorship, human rights, manipulated of people’s portraits representing the media brain wash and lack of freedom of speech. Immediately after starting painting in the streets he goes to military service in Iran where he finds injustice and government corruption and inspired by that he paints the streets of Tehran where he served as a soldier meanwhile doing his service for almost 2 years. Being arrested several times in Iran he decides to leave the country to live in Istanbul- turkey where he has continued to work and live there currently. 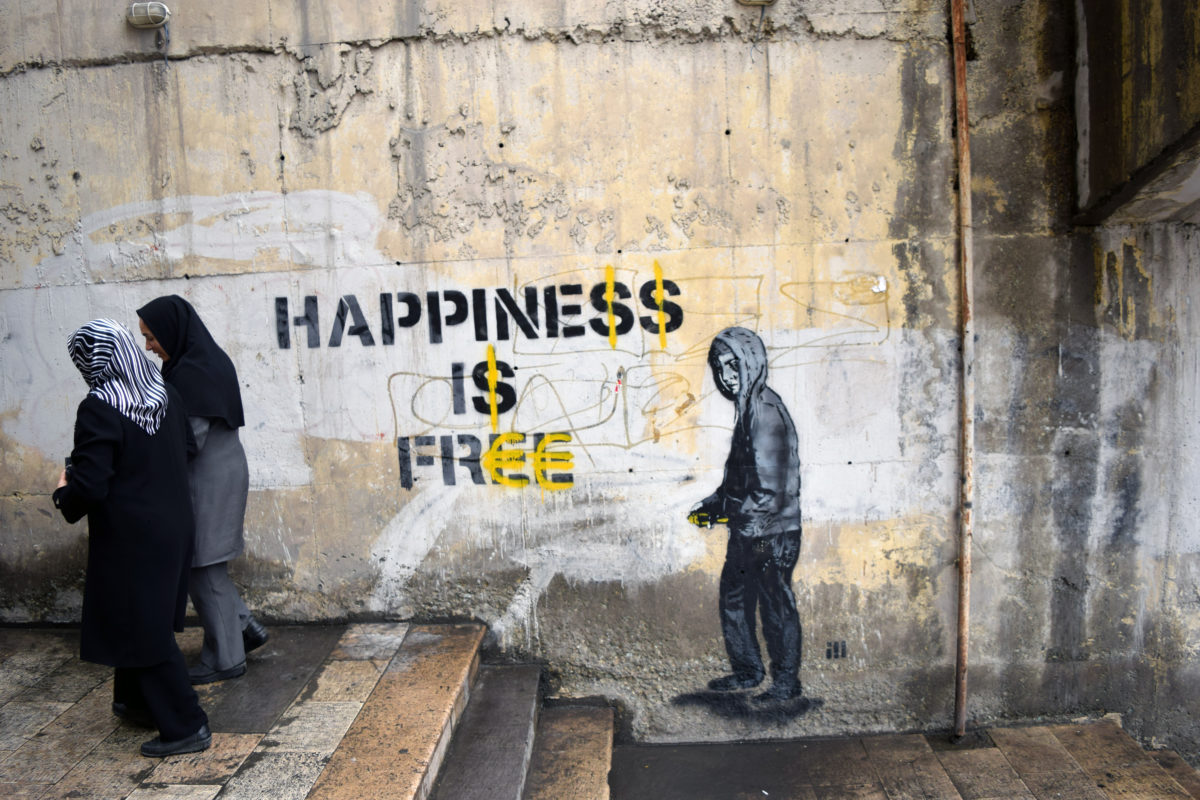 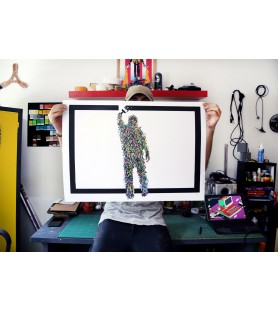 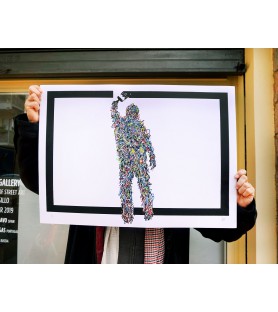 video link of the artist at work on the screen print

screen print 1 color hand finish with Posca marker by the artist, all unique 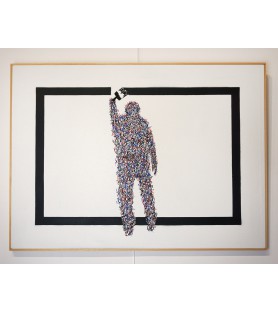 canvas with back frame and frame shipped on flat  size 81x57cm

spray, acrilic and marker on canvas

signed on back by the artist 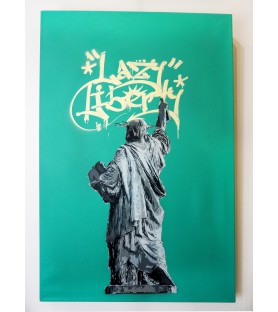 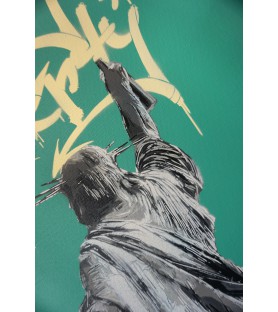