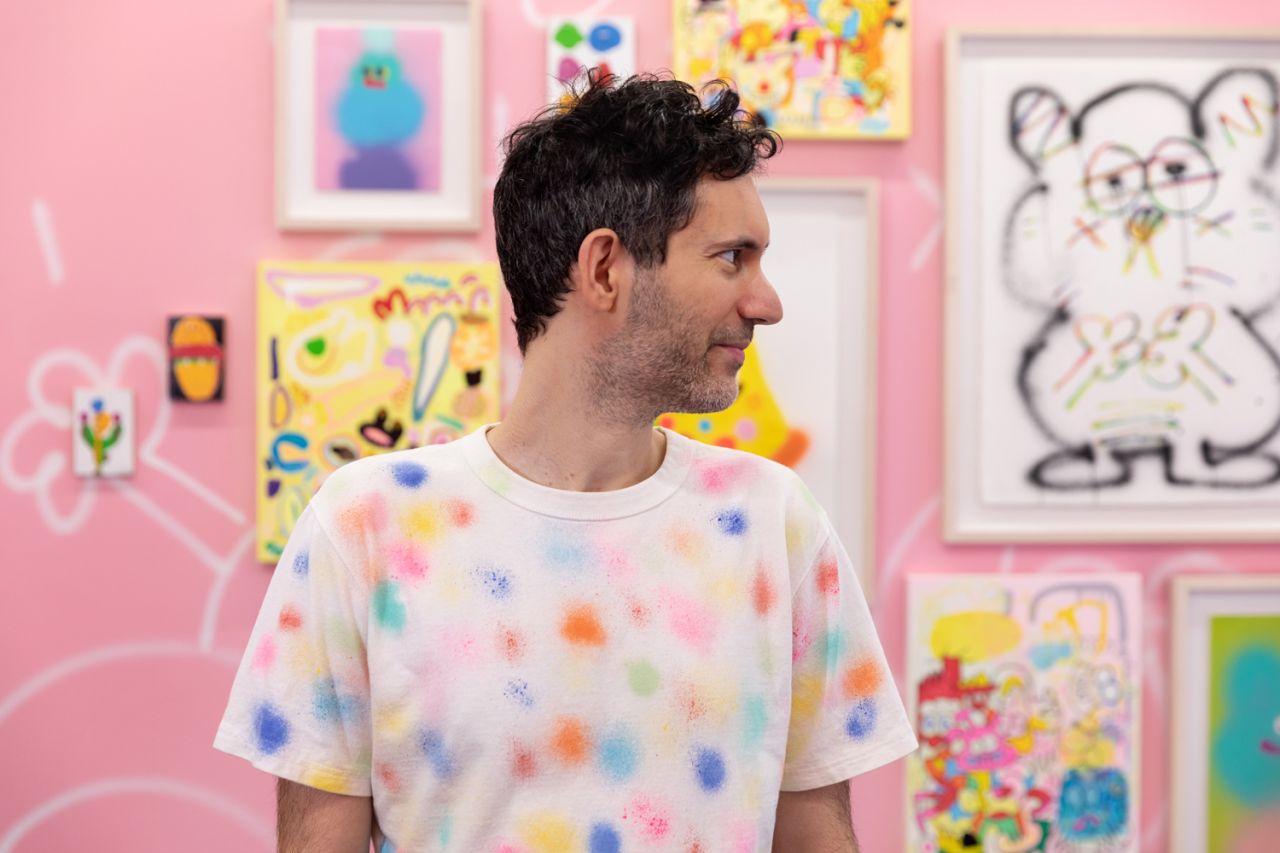 Jon Burgerman (Nottingham, 1979) is an eclectic artist born in the UK whose style ranges from fine art and urban art to pop culture. His peculiar trait focuses on the playfulness of life and it stands as an ironic and colorful testament of contemporary society. His paintings are about people and their emotional complexities and they represent the contradiction of community verses individualism.

His blog reports “Expressing creativity and having fun is key to Burgerman’s practice. It's his belief that simple creative acts can allow people to change not only their world but the world around them.”

Burgerman has exhibited all around the globe. His works are held in the permanent collections of institutions including the Victoria and Albert Museum, London. He has collaborated with brands including Apple, Samsung, Pepsi, Lotte, Snapchat, Instagram and Nike. He’s made vinyl collectable toys, picture books, apparel, fabric collections, inflatables, homeware, sportswear, underwear and many other things, including NFTs. 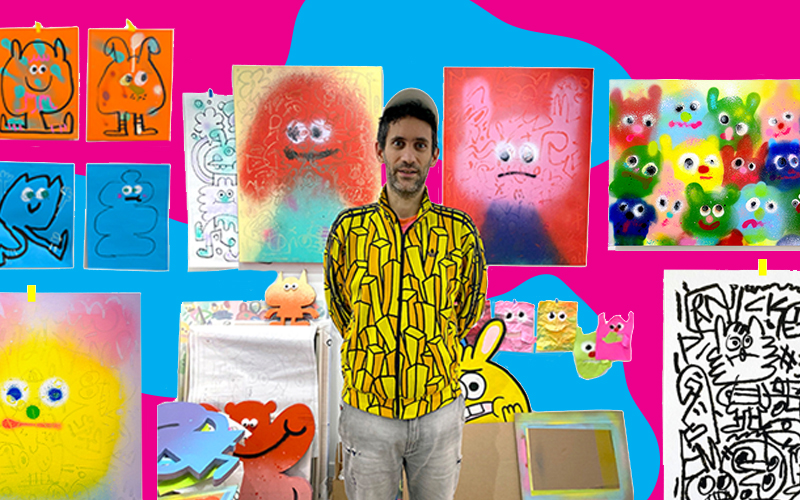 Sorry for the inconvenience.

Search again what you are looking for