Hyuro is an Argentinian born urban artist best known for her black and white murals, paintings and drawings, focused on the visual expression.

Hyuro was born in Argentina, but lives in Spain for quite a while now. She used to paint on canvas but then she met Escif – and decided to give street art a try. After a while, there was no turning back, she was seduced by it. However, she continued to produce paintings and drawings as well. The meaning of her artist name HYURO, is actually a mix between her two surnames.

The artworks of Hyuro are in perfect harmony with the dark tone of the atmosphere painted murals in his raids, which illustrates the concerns and fears that any single identity hidden in his being.

Signed and numerated by the artist

this is the number 12

Signed and numerated by the artist ON FRONT COME WITH COA 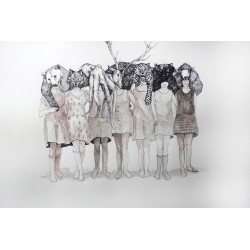 from the famous argentinian artist 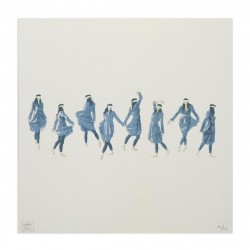 HYURO -THE DANCE ARE AN ACT...

Signed and numerated by the artist in front