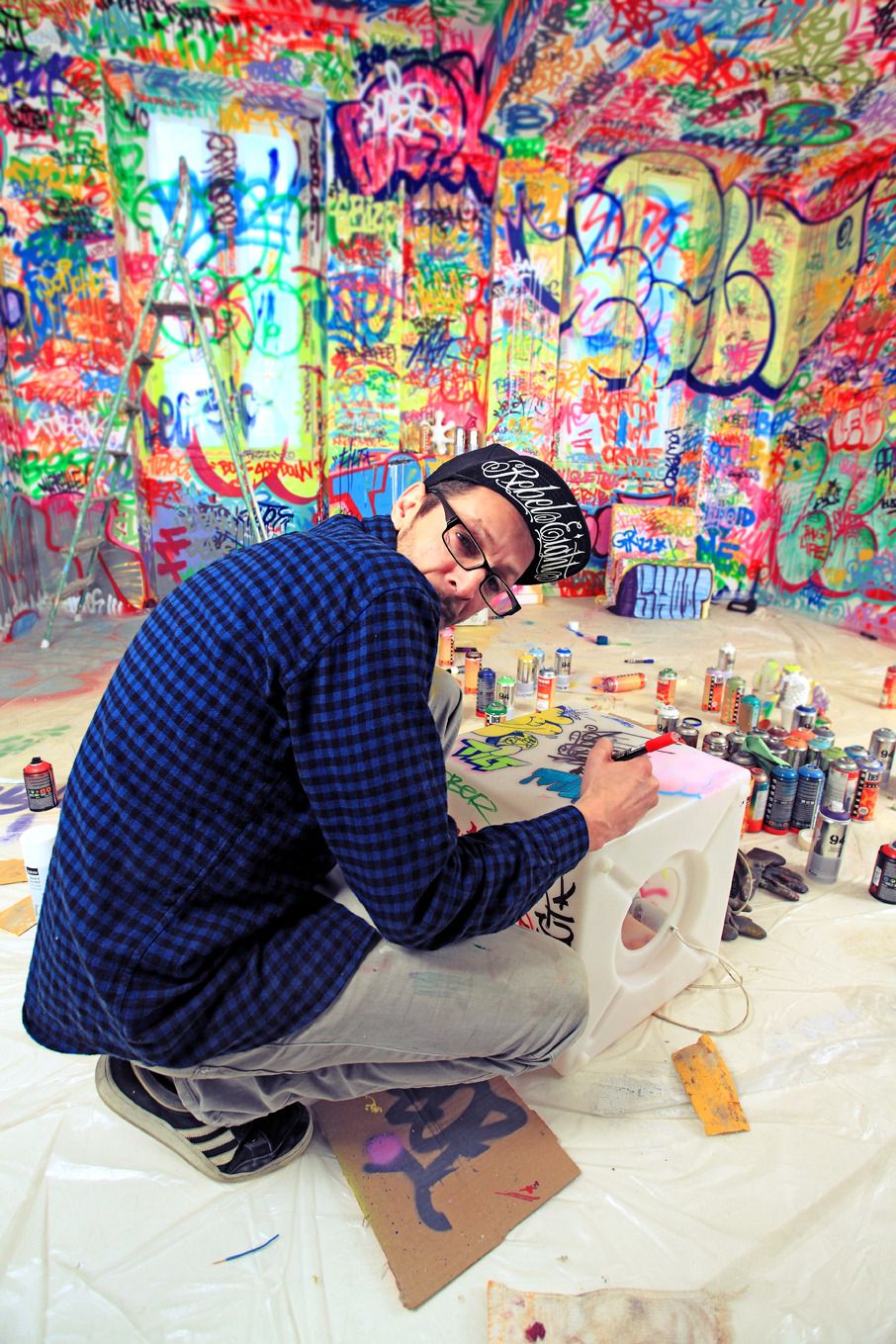 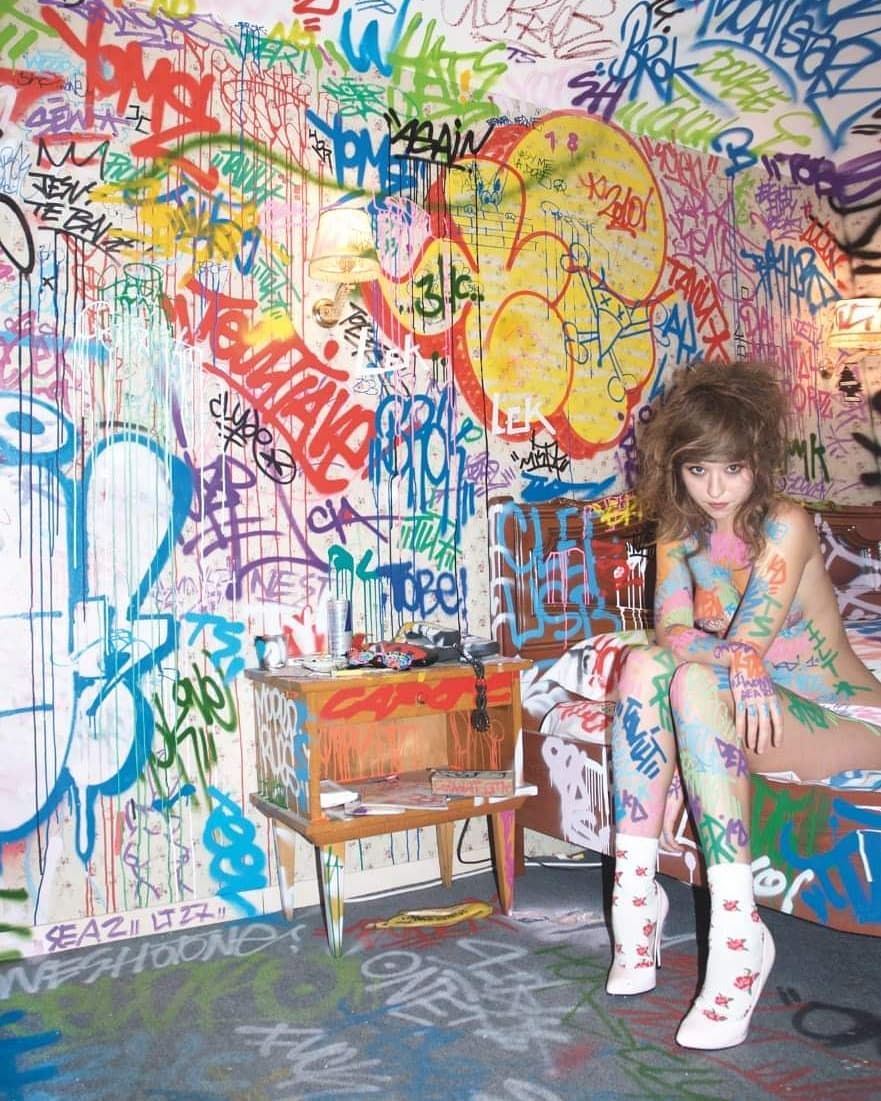 Tilt is an internationally recognised and traditional graffiti artist, originating from Toulouse in the South of France. As self declared “graffiti fetishist”, he learned his trade in the streets and on trains as a youngster. At the time he did his first tags on a skateboard ramp back in ’88, his ensuing career has been nourished and influenced by extensive traveling. Tilt loves demonstrating that basic and primitive graffiti can be as powerful and complicated as 3D lettering, wild styles or characters. His focus on letters, high impact shapes and bright colours is a reflection of his history as a true graffiti writer, trained on the streets and in the train fields. Similarly, his extensive use of bubbly, curvaceous forms relates to his obsession with beautiful females. 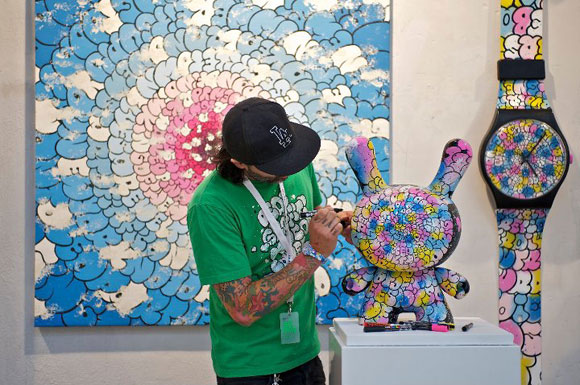 Sort by:
Best sellers Relevance Name, A to Z Name, Z to A Price, low to high Price, high to low
Showing 1-3 of 3 item(s) 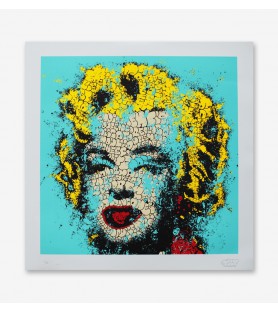 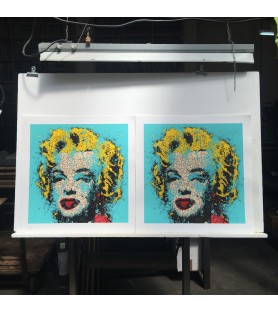 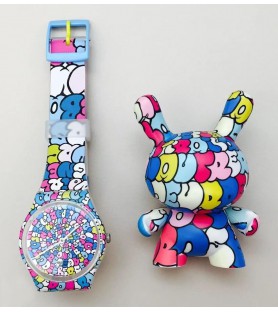 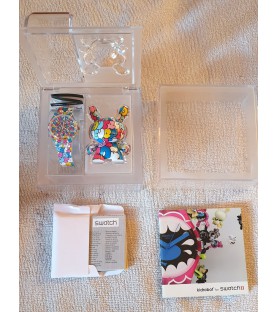 and swatch limited edition by TILT 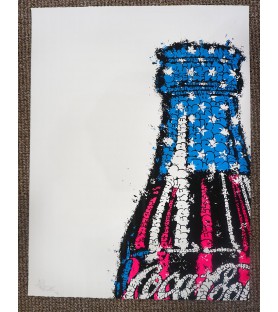 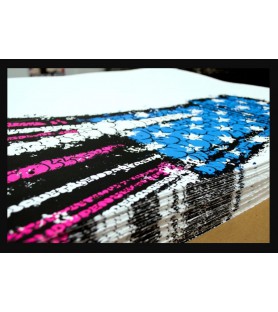 signed in front and numbered