Pixel Pancho is an Italian street artist who specializes in large wall murals and by working constantly with an earthy color scheme to convey a more ancient feeling, Pixel creates robotic creatures inspired by different environments: the beach, the forest, the Sci-Fi universe. The artist uses a wide variety of mediums such as tiles, wall painting, sticker/poster art and more. He was born in Torino. He studied at the Academy of Fine Arts in Albertina and finished his studies at the Academy of Fine Arts in Valencia, Spain. While following his studies, and especially during his time in Spain, Pixel Pancho became well known in the world of graffiti and street art. He was inspired by life in the street and by his fellow art students. 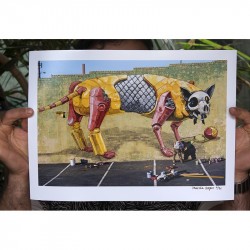 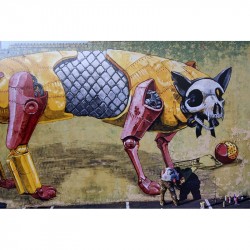 The legend Martha Cooper, realised this pic of Pixel Pancho at work in Baltimora

Limited to 75 signed and numerated by Martha Cooper 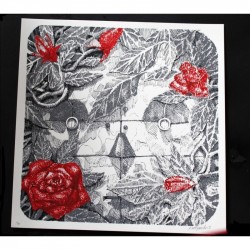 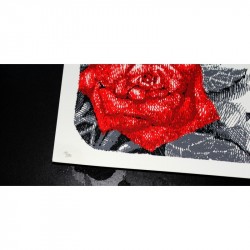 Signed and numerated by the artist