Italy. Describing himself as an urban activist, rather than the artist, Biancoshock is an Italian, known for producing artworks that are usually ephemeral in space, but limitless in time through the photography, video, exhibition or any other media. He does his magic mainly on the street, but galleries, festivals, and other showing places are not strange to him. His art is dedicated to common people, with an aim to make them think about the environment, social inequalities and problems, and to activate the driving force hidden inside them. Without the defined direction and style, the artist combines street art, urban hijacking, and performances, which he named Unconventional Experiences.

A big installation made in Gaeta with Memorie Urbane on 2015. 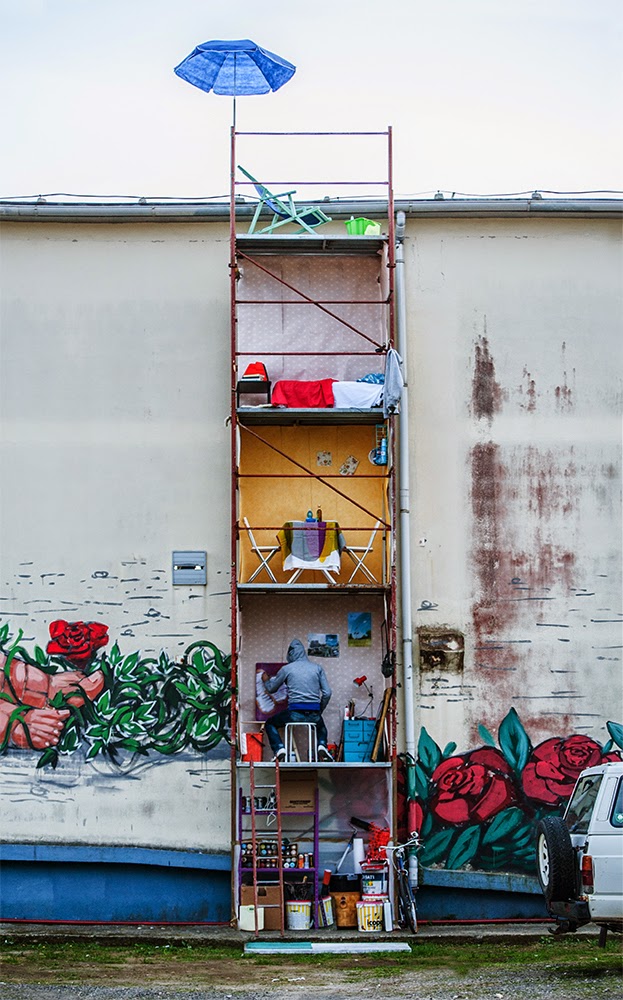 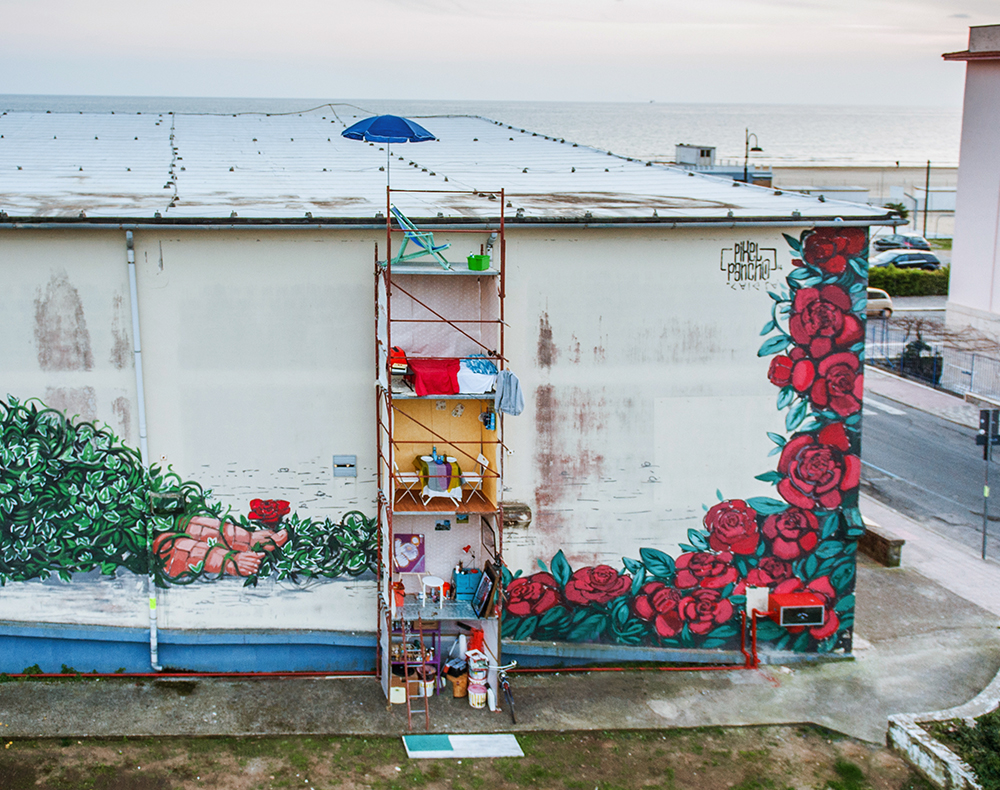 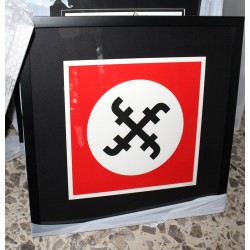 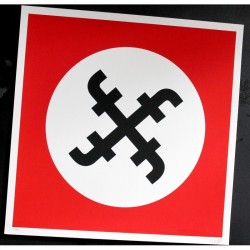 Beautiful artwork of the italian artist