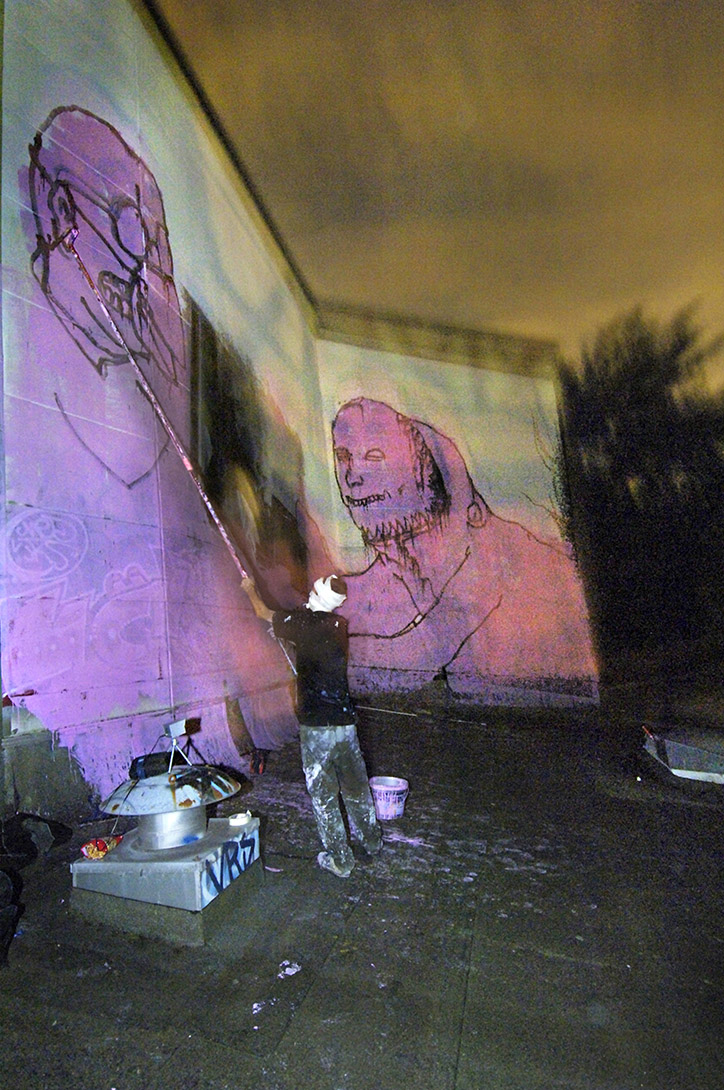 BLÜ is the pseudonym of Bologna based mythical muralist whose large scale paintings are shown all around the world. His body of work translates the vices of our so-called modern societies; the excessive capitalism, the power of corporations, the horror of wars & the human idiocy, amongst other weaknesses. As a dedicated activist, BLÜ has supported many causes on each side of the hemisphere, for instance in Mexico in 2015 and most recently in Spain in July 2017. Multi-talented wizard, BLÜ owes a large part of his recognition to his stop-motion animated videos in which his figures are literally living on the walls, moving around & transforming into other shapes throughout the urban landscape. BLÜ’s imaginary is filled with satire, polarities, suggesting reflection on our beliefs & the systems that govern our lives.

Uninterested in the art market, BLÜ concentrates his efforts towards painting murals in order to allow access for the mass in opposition to an institutional elite. Hence, he created very few pieces for collectors. As far as time goes, they get extremely rare as they are being more & more coveted by connoisseurs interested in building a relevant collection rather than selling for a profit. While somehow he is out of the radar in the now popular Contemporary market, BLÜ deserves that we pay attention to his work because in the very short history of Street Art, he’s already consecrated as one of his true legends. 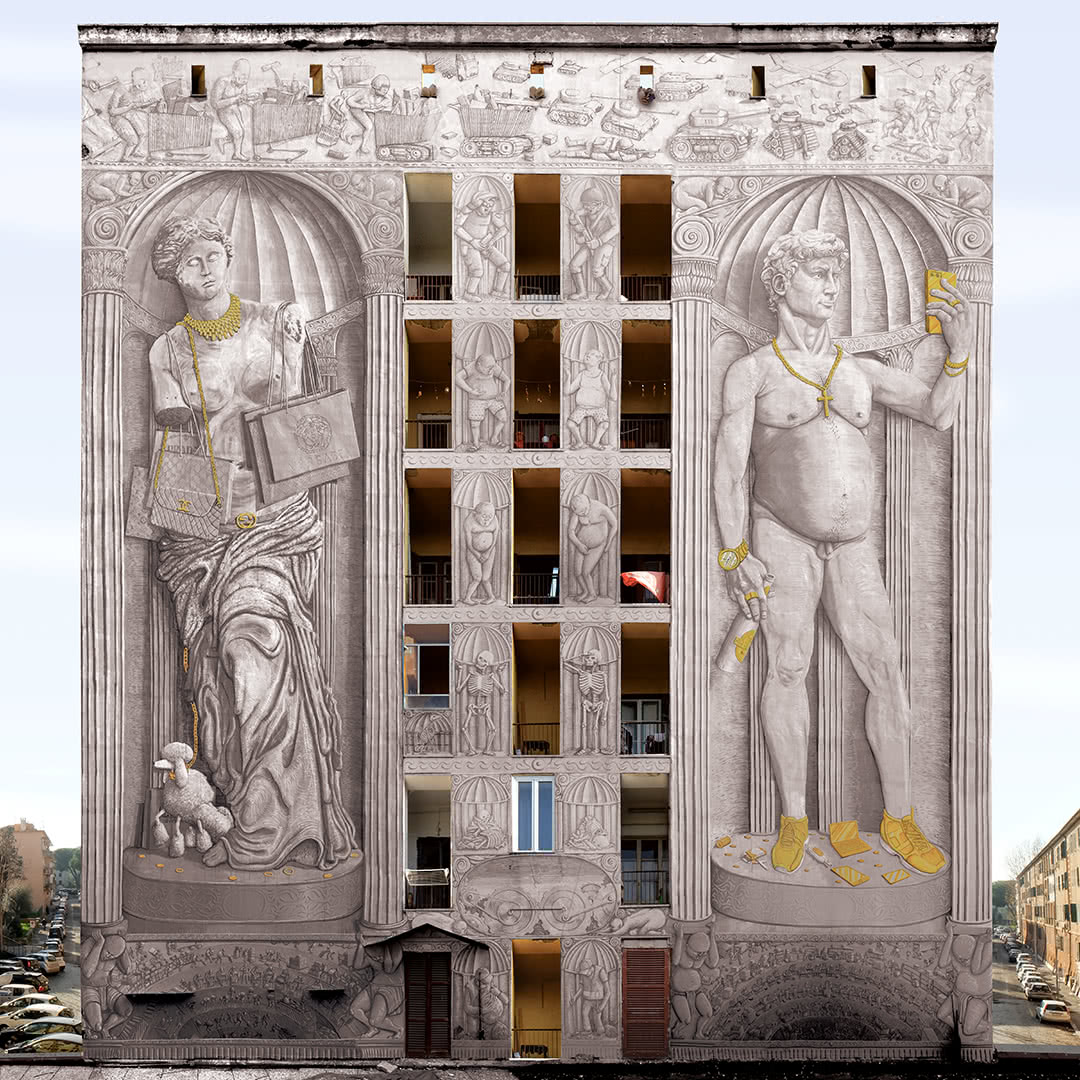 Sort by:
Best sellers Relevance Name, A to Z Name, Z to A Price, low to high Price, high to low
Showing 1-5 of 5 item(s) 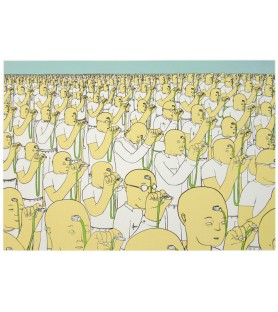 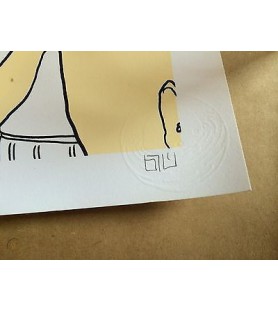 signed and stamped by the artist 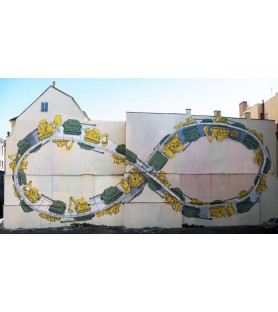 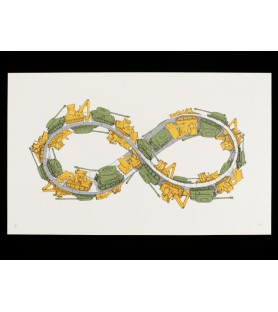 Edition of 100.
Signed and numbered by the artist.
Dimensions: 90 x 55cm
7 colour screenprint on archival paper 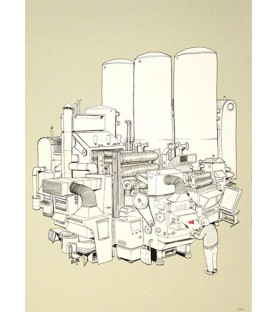 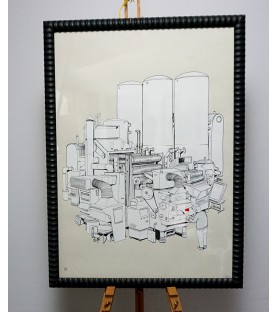 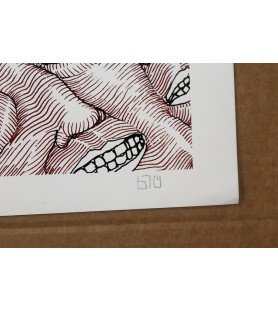 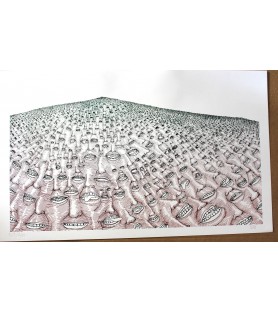 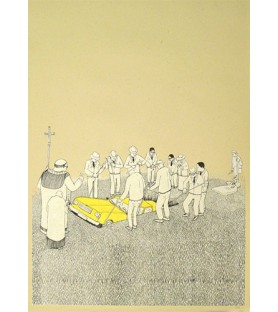 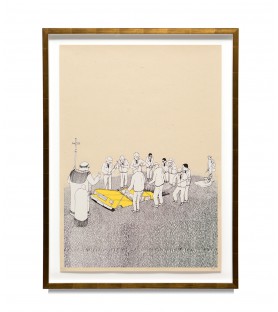